Google has announced the release of their Better Ads experience policy. They have included new guidelines around unexpected interstitial ads when using Google Play apps. As the user-oriented company they are, the objective behind the new policy is to improve in-app experience for all.

Unexpected interstitial ads can be perceived as annoying by users and damage their experience when using apps. By setting new standards with the Better Ads policy, Google is looking to address the frustration caused by having ads pop up when users least expect it, especially when playing hyper-casual games.

What classifies as unexpected ads?

The Coalition for Better Ads (CBA) has classified as “unexpected ads” those placed where they cause an interruption in the experience for the users. Research has shown that users expect to see ads at the end of a game, level, content segment or when it allows them to continue using the app without interference.

What are interstitial ads?

Interstitial ads are full-screen images or videos that show up covering the app’s content for a set period of time. Most typically they are displayed in transition points in the flow of an app, pauses between levels of a game or between activities. 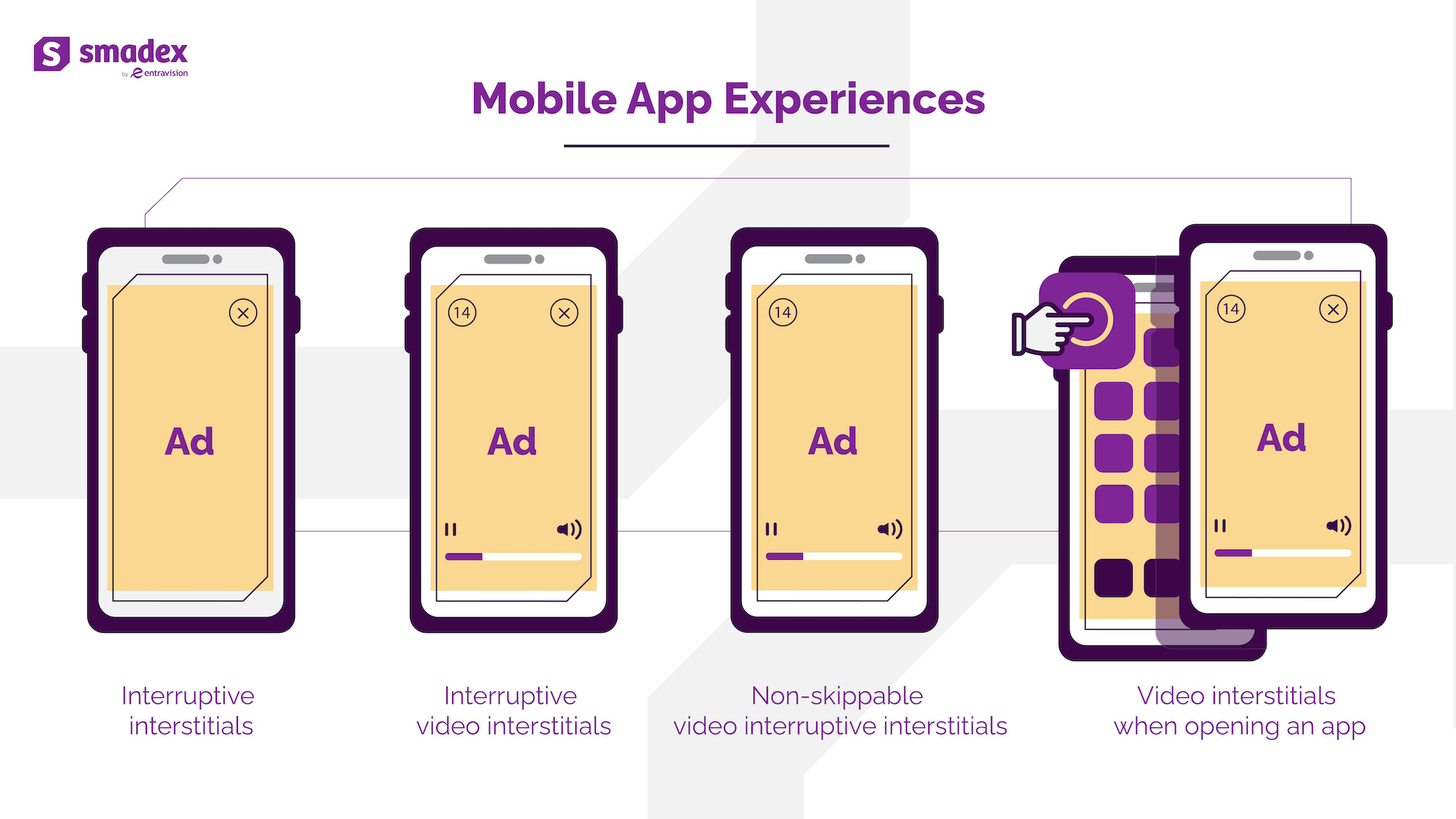 What are the new Google interstitial ad guidelines with Better Ads Experience?

From now forward developers will be required to comply with the following ad guidelines in order to have their ad shown and ensure the best experience for users:

These guidelines don’t apply to:

How to adapt user acquisition strategies to comply with Better Ads Experience?

These new guidelines shouldn’t be a reason to worry. There are many ad formats and strategies available to adapt user acquisition campaigns and make them engaging and profitable so the new Google policy doesn’t affect your overall revenue coming from interstitial ads.

The first thing to focus on is rewarded ads. This incentivized ad format offers users the opportunity to gain a reward within the app as an exchange for watching a video or engaging with a playable ad. If users explicitly accept that they want to engage with an ad, the concern of unexpectedness goes away and the policy doesn’t apply.

By putting a focus on different aspects of your creatives such as end cards and creative experience optimization, you can leverage the way users interact with our ad and create a huge impact on performance. It’s all about improving the ad experience beyond the asset you are showing, to how the user interacts with it.

The new Google Better Ads policy takes effect as of today, September 30, 2022. It’s crucial for developers to make sure all of their interstitial ads are complying with the new guidelines by thoroughly revising Google’s policy and comparing with each ad they are running and make adjustments accordingly for any ad that doesn’t follow it.

Even though these changes might cause certain concerns due to the fact that interstitial ads make a big portion of ad revenues, keep in mind that any action taken to improve user experience can ultimately increase customer loyalty.

For more information on Better Ads standards you can check out the Coalition for Better Ads.

About the Author: Mafe Roig